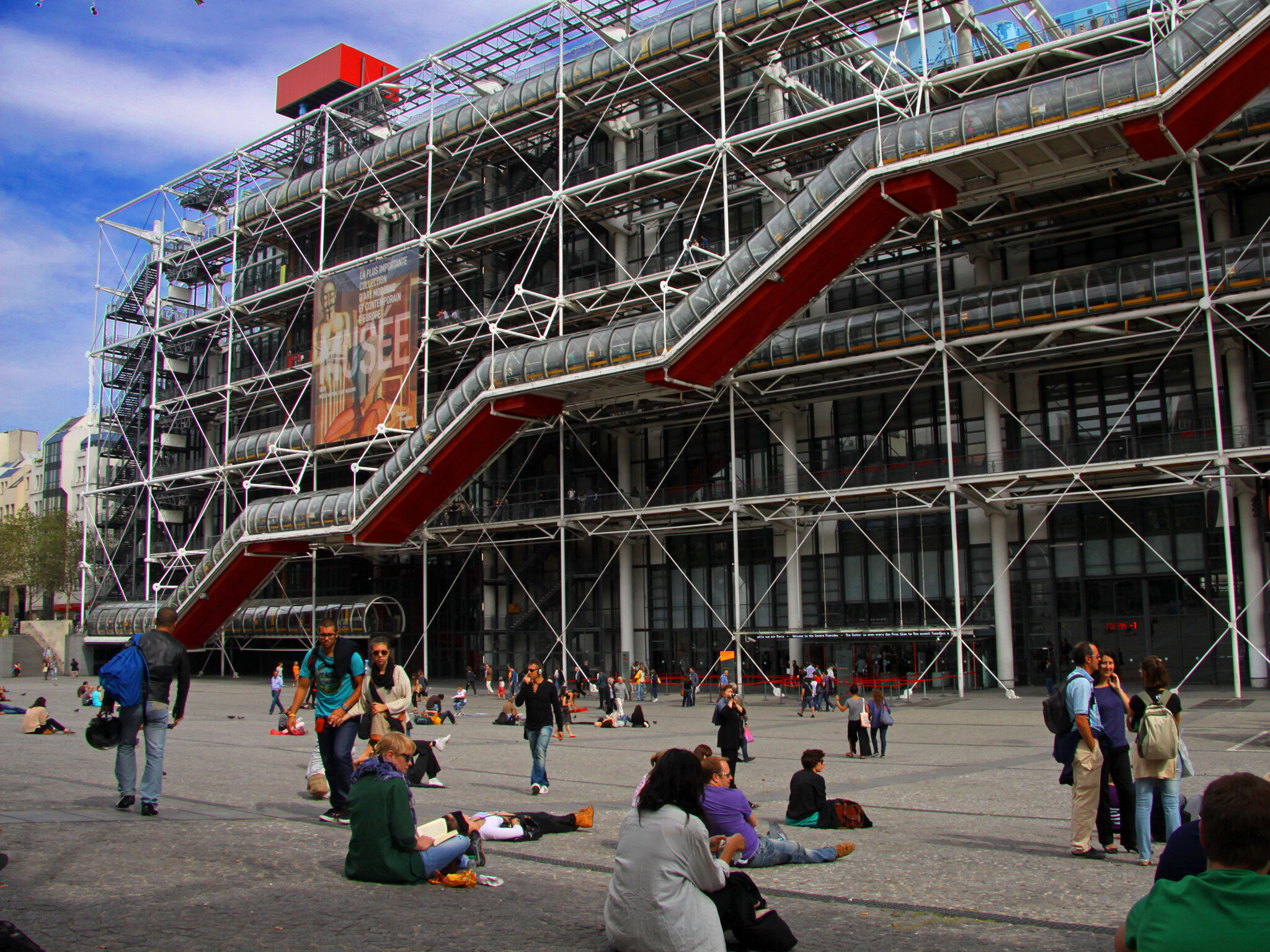 IMHO, we really have gotten to the point that would require actual physical access to and examination of these works to definitively say whether they are OP. We have found lots of potential examples and I'm sure there are many more among the 20, if memory serves me correctly works he produced. While some can make more educated speculation than others, in the end without examining the works or lacking documentation we are still left with, at best, well informed and educated speculation.

Wendell, would you agree with this assessment, or am I off base here? Bill, I like to look for works in the collections of large well-known museums. Le Centre Pompidou would certainly qualify as a major museum of modern art. First of all the resolution of the image is usually higher and the works better photographed. They not only have access to the works for careful study but they have the best conservators and modern labs. As you know from the academic world the source of the research material is extremely important.

Three of their works are documented as being "pastel gras". According to Harrap's the English words for "gras" can be greasy or oily.

In French the adjective follows the noun so the translation into English could be oily pastel which to me is certainly close enough to oil pastel. On the tamu site the work is documented as being simply in pastel which for me is not enough information. By the way, I've come across three meanings in French for oil pastel. On the French site of Kama pigments, their oil pastels are "Pastels extra-gras". This translates roughly into English as Oil art crayon. Look closely at the oil pastels you have. Yes, the variation in how works are labelled is daunting, especially for a novice like me, Wendell.

That's why, in spite of looking for pieces, I really don't feel qualified to tell probably not even by inspection. Being bilingual certainly is a great asset in this particular search. There seems to be so many interpretations of the word "crayon". That's why I tried to focus on looking for crayon in combination with things like "wax" or "oil", but even that can be deceptive.

I guess I'm satisfied that there are works to be found that are OP. If I understand correctly, a greater percentage of Picasso's effort seemed to be focused on "drawing" and images produced on "paper" seem much more prevalent in his later years. This would certainly be consistent with the probable use of OP, but we again are hobbled by the fact that the term OP evolved after the Sennelier OP's were developed. This seems to complicate interpreting what web sites refer to as the media used on various works.

Bill, I think you have to remember that a lot of Picasso's works are small sketches. Early in his career he probably threw out the scribbled sketches but I guess that changed later when they could be sold. The works that I think are oil pastels are just little sketches and probably not great works. I love the Renoir quote.

Was it Cezanne who said that Monet was just painting pretty pictures to sell to American tourists? Well, I've got to go and paint some pretty pictures to sell to tourists! Wendell, I was unable to find references or images of any of the three probable oil pastels that you mentioned on the French language Centre Pompidou web site. I tried a title search using the French titles you provided on the pages own search tool but the results came up with zero finds.

Navigating the site may also have challenges for others who don't know French. Any chance that you can post the actual link to a page of at least one of the Picasso OP's that you mentioned? Many thanks, Leo. You can do a certain amount in English but the important information is only in French.

38 Of The World’s Most Amazing Fountains

In "recherche rapide" type in: Picasso, Pablo Another window will come up and in "aller page" type in: 8 Click on the image that I've uploaded above "sans titre". Another window will come up with the image and when you roll your mouse over it the information will pop up. Maybe you can try to provide direct links to the information. It's easy for me sometimes to switch to the French way of thinking but difficult to translate it to the English way of thinking. I hope you understand some of this The medium used was "graphite et pastels gras". It certainly looks like oil pastel and graphite to me.

The top links go directly to the jpg but without any info. Wendell What about this one. JPG Bill. Bill, thank you so much for the links!

Were my instructions clear enough? I'm sure when Picasso was sketching in his studio he just grabbed whatever was handy that would do the job. For his large paintings he would probably be more careful. As for the "huile et craie sur papier" the presence of oil, wax and pigments is indicated and these are the ingredients for oil pastels.

I think that there might be some oil pastel in there. Do you think the other works are oil pastel? By the way, do any of your Neopastels have "Craie d'art a l'huile" on the label? Thanks again for your help Bill, I went back, zoomed in and looked more carefully at the "huile et craie sur papier" and I think it is finished with oil pastels. I guess it would take a chemical analysis to be sure and that would be difficult on a fragile work. Pat, what do you think?

How Chengdu’s street artists are making their mark

I think it is also. It sure looks like it and there may even be some sgraffito techniques in there. Wendell--Your instructions were fine. Besides, I have been dealing with the web since it appeared and can generally find a way to navigate around even foreign laguage sites. The problem was tricky to get the links because the search and display system is a complicated javascript program if you copy the shortcut to one of the images from the popup window all it does is take you back to the search page although by checking "Do not show this window again" I got the display of the alphabetic search index.

Basically, I had to use the sam technique as with the image resizer that was giving Pat problems with her Mac, get the ino on the direct link to the image itself. The way to do this was to click on the link and display the large image, then right click on the image PC and select propeties where the actual link is displayed and can be selected and copied to the clipboard. This provides a link to the image but doesn't provide the disply of info with the mouse rollover. I know, this is far more than you ever wanted to know. Bad habit of mine that my wonderful wife constantly reminds me about!

That and the steacher in me. Anyway, you and Pat are far more qualified to determine by examination than I, but I will say that I am convinced that some of the images we have examined in this thread are oil pastel like material of some sort. The language barrier and the later appearance of the name Oil Pastel complicates things. There is an intersting side question.

Just when did the term Oil Pastel appear and who coined it. In the article some time ago in the Pastel Journal Margot Sch When Sennelier produced his product for Picasso, he had no real name for it. Picasso ordered 50 sticks EACH of every original color.

Sennelier made extras and simply placed them out in his shop where people purchased and liked them. Now the fact that Picasso purchased such a large number of each color suggests that this was more than a curiosity and seems to indicate a serious interest in exploring or using them for some purpose.


I am still inclined to think that Sennelier and probably Piccasso really viewed these as more of a variant on the oil medium than the pastel medium pure speculation on my part. This would seem particularly likely since Sennelier's product is still the softest, creamiest and most oil like would you agree?? I think you are absolutely correct that making an assessment that offered some degree of certitude would require physical and chemical inpection of the works. Anyway, those are my humble thoughts.

I continue to say that this search, no matter what level of success we may have had, has at the very least for me been very enlightning and given me a greater appreciation for the range and evolution of Picasso's work. 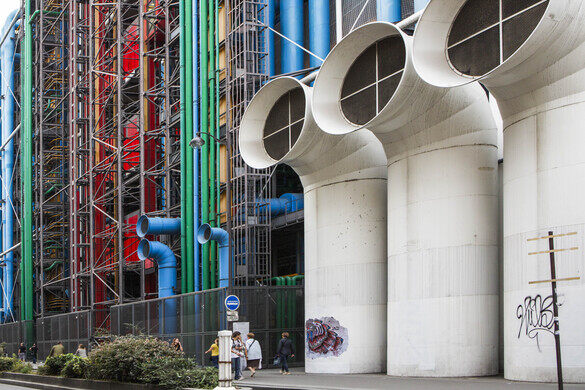